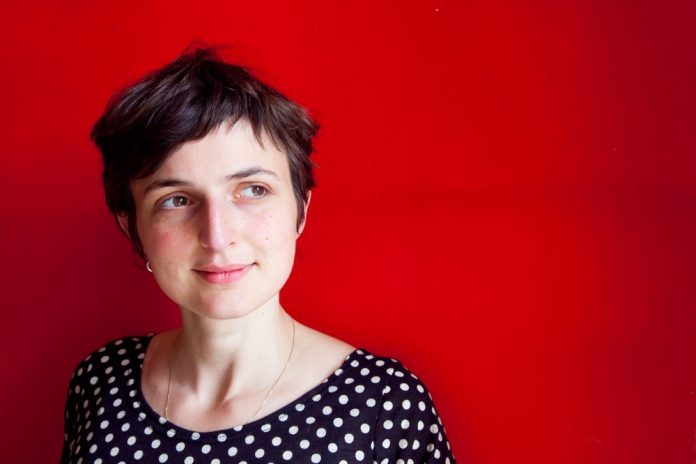 Alice Rohrwacher was born in 1981 in Fiesole, Tuscany, to an Italian mother and German father. She spent her childhood and adolescence in Castel Giorgio, near Terni, where her father worked as a beekeeper, an experience that would become useful for her work Le Meraviglie (The Wonders), in which her sister, Alba Rohrwacher, also acts. She graduated in Literature and Philosophy at the University of Turin and, also in Turin, studied narrative techniques at the Scuola Holden. She took a course in documentary cinema at the Videoteca Municipal of Lisbon and subsequently lived in Berlin. In 2005 she participated as screenwriter, editor, and director of photography in the realization of Un piccolo spettacolo, a black-and-white documentary by Pier Paolo Giarolo, with whom she also collaborated in 2008, as assistant director and editor, for the documentaries Tradurre and Boygo. Again as an editor she worked on Le Réseau (2006) by Luciana Fina, In tempo, ma rubato (2009) by Giuseppe Baresi, Residuo Fisso (2009) by Mirta Morrone. She has also worked in theatre, as a playwright and musician, for several directors, including Eleonora Moro, Valter Malosti, Gabriele Vacis and Francesco Micheli. In 2006 she made one episode, La fiumara, of the collective documentary Checosamanca. In 2011 she wrote and directed her first feature film, Corpo Celeste, selected for the Cannes Directors’ Fortnight and presented in many festivals including the Sundance Film Festival, the New York Film Festival, the BFI London Film Festival and the Festival do Rio. With Corpo Celeste she won the Ingmar Bergman International Debut Award, the Nastro d’Argento Award and the Ciak d’Oro Award for best first work, as well as the Suso Cecchi D’Amico Award for best screenplay. In 2014 she returned to Cannes, this time in the Official Competition, with Le Meraviglie (The Wonders), which won the Grand Prix.