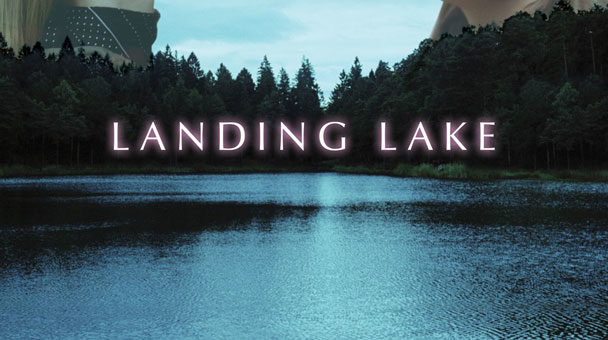 “Something else landed in that lake…” and you can bet it came from another world! Filmablast released the first pictures and artwork for the upcoming mind bending sci-fi LANDING LAKE. The movie recalls the great sci-fi movies from the Eighties, like THE THING, and it’s clear from the first pictures that the direction will be quite graphic. It appears it will be crammed with all the best elements that fans expect from a sci-fi horror.Shot in wonderful Super35mm between Italy (Trentino region, in the Alps) and UK, the movie delivers not only a story reminiscent of the sci-fi movies from the Eighties, but also their look. The film marks the debut of director Cesare P. Libardi di K.. It stars Victoire Vecchierini in the lead role and Emma Bown, Phil Zimmerman and Aaron Stielstra as co-leads.  It will be first introduced to the film market at the next European Film Market in Berlin, starting the 9th of February. EuroObscura will handle the international sales.Synopsis: When a technical team is sent to repair a communication station they quickly realise that something may be coming from the nearby lake that is affecting their minds. As they lose their inhibitions their most primal desires take hold. It seems that only one of the team is permitted to bond with the unseen entity and so be reborn in a new body. A terrifying game of strategy not to survive, but rather to die with the promise of life anew.